Bruce moved to Alaska in 1974 and began his aviation career flying the Bush, first in Cordova then Bethel, Fairbanks and Anchorage. Bruce retired from Atlas November 2013, Captain Boeing 747-400/-8.

John Dronenburg, Diana's son is also a pilot. All through college John was a bush pilot during the summer. After college Sarah and John were married and moved to Bethel, John flying the Bush and building flight time. Now living in Anchorage with two girls, Charlotte and Serena. January 2015 John joined Alaska Airlines as 1st officer.

My first aircraft in 1976 was a Piper PA-12 Super Cruiser. It didn't take long for me to upgrade it to a work horse. Swapping the O-235 engine for the 150 hp O-320 Lycoming and adding Supper Cub tail, landing gear, Wesco Skis and EDO floats. It was slow, 80 knots, but I covered the State of Alaska north of the Alaska Range and Canada up to Inuvik. Every year I'd fill the freezer with Moose, Caribou and fish. 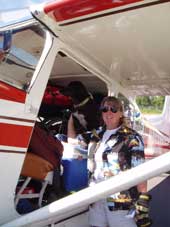 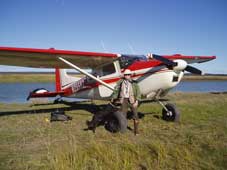 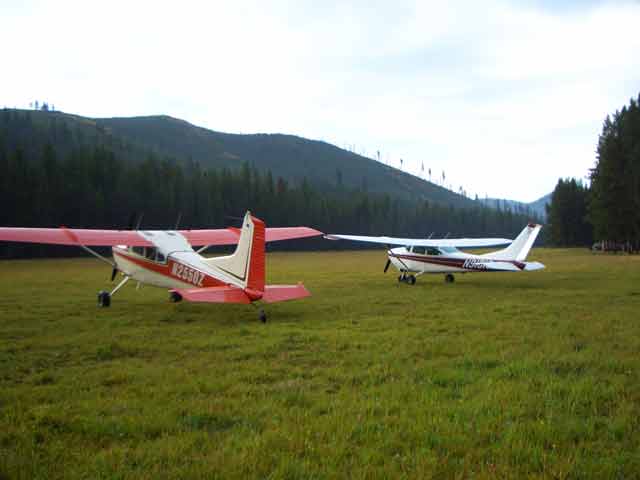 1984 it was time to pick up the speed and I bought my first Cessna a 180 Skywagon. With the extra speed and payload we ranged through out Alaska. Snyder wheel Skis in the winter, EDO 2960 floats during the summer and Tundra tires into back country strips. 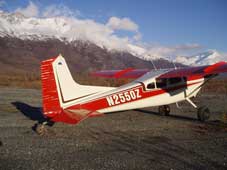 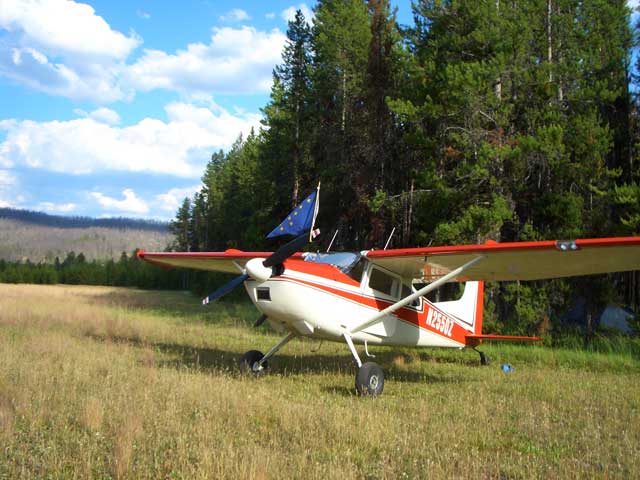 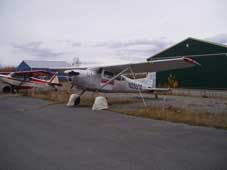